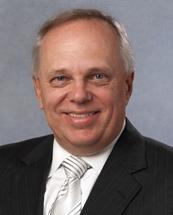 Ivan J. Punchatz, Esq., is a member of the Boards of Directors of SERV Behavioral Health System and  SERV Properties and Management. He is a past chairman of the boards of SBHS, SERV Centers of N.J. and SERV Properties & Management. In 2014, he received the SERVice Award for his 25 years of dedication to these boards.

Mr. Punchatz is Of Counsel to Buchanan, Ingersoll & Rooney, PC in Princeton.  He has practiced in health care law for more than 40 years and formerly was deputy attorney general for New Jersey. He has argued successfully in many cases before the New Jersey Supreme Court, the appellate and trial levels of the New Jersey and federal courts, as well as state and federal administrative courts.  He represented many health care providers in corporate formation and governance, general business matters and before the State and Federal governments in regulatory affairs.

Mr. Punchatz served on the Assisted Living Task Force appointed by the New Jersey Housing and Mortgage Financing Agency. He has represented many developers and originators of assisted living and nursing facilities in the development and financing of projects as well as with day-to-day operations.

Mr. Punchatz has received several professional honors, including being selected the 2020 and 2013 Princeton Health Care Lawyer of the Year by Best Lawyers in America.