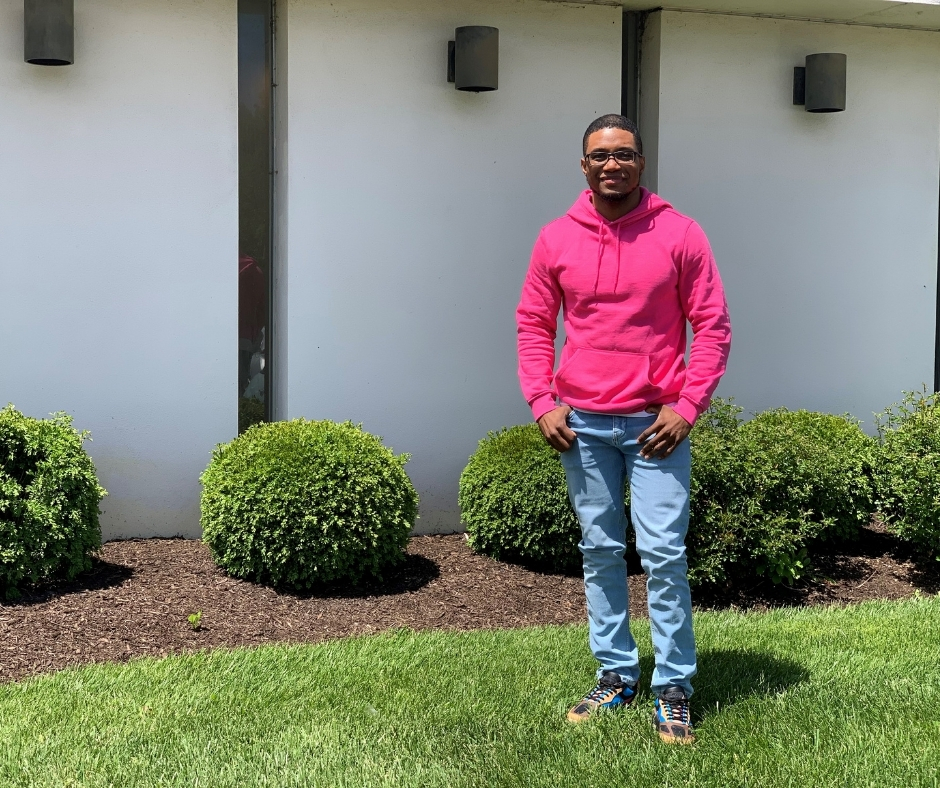 Taniel Isaacs, a Vocational Skills Trainer, hunkered down and took hold of D.K.’s shoelaces for what seemed like the hundredth time. “First, you want to make an X,” he said, crossing one lace over the other, “and then pull tight.”

You could hear the fatigue in Taniel’s voice. It was getting late, and he and D.K. had been at it for hours without any progress. Every time he thought he was getting through to him, something—a sound, a light, a thought—would throw off D.K.’s concentration, and they’d end up back at step one.

At the time, Taniel had only been with SERV for two months, so he couldn’t help but question himself and his teaching methods. What am I doing wrong? he wondered. Am I not speaking clearly?

You see, this was just as much a learning experience for him as it was for D.K. While D.K. was learning how to tie his shoes, Taniel was learning the importance of patience and understanding when dealing with a consumer.

But it wasn’t until the next day that Taniel realized the true impact of the time he’d spent helping D.K.

As soon as Taniel arrived for his shift, D.K. came rushing toward him, his eyes wide with excitement. “Look—look, I did it…just like you showed me,” he said, pointing to his shoelaces, which were tied in a perfect knot.

And now, nearly three years later, Taniel recalls this memory with D.K. as a “career-defining” moment.

“It was right then, as D.K. showed me his tied shoelaces, that I knew I was in the right place and that I wanted to devote myself to helping others,” he says. “This is such a rewarding career, and I cannot think of anything I’d rather be doing.

“The feeling I get when I see that I have made a difference in someone’s life, that I have truly helped them learn a new skill or overcome a challenge—there’s nothing like it. It’s why I’m here at SERV, and it’s what keeps me motivated to do my best and keep moving forward.”

Recently, Taniel was promoted to Program Supervisor in SERV Achievement’s PAC Day Habilitation Program. He says he’s excited about his new role and the opportunity to grow as a leader in the behavioral healthcare industry. He’s also looking forward to continuing to build strong relationships with consumers.

The PAC Day Habilitation Program reopened at 50% capacity in May, after closing its doors in March of 2020 as a result of the COVID-19 pandemic.

Although he is excited to return to normal operations, Taniel expects that it will pose a challenge for some consumers.

“Some of the consumers have gotten too comfortable with being stuck at home,” he says. “They have not been able to go out and socialize in the community for over a year, and I think it may be difficult to get them back into a routine. But it’s time, and I am ready to help them as much as I can.”

Also moving up the ranks in SERV Achievement’s PAC Program is Stephanie Vil. She was promoted from Vocational Skills Trainer to Assistant Supervisor in Mercer County.

“I felt stuck at my previous jobs. Despite many years of service as a care provider, I was never able to move up,” she says. “I knew that SERV had upward mobility and that the organization invested in its employees’ futures. So, when I saw an opportunity to join the team, I jumped on it. It was a way forward and aligned with my long-term professional goals.”

As an Assistant Supervisor, Stephanie is eager to take on new responsibilities and have a “more involved” role in the organization.

“Serving others is my calling, and I’m thrilled to take this next step in my career,” she says.

Stephanie also plans to take advantage of the opportunities available to her as a member of the SERV team. She is especially interested in the organization’s tuition reimbursement program. She says she has her sights set on a degree in psychology.