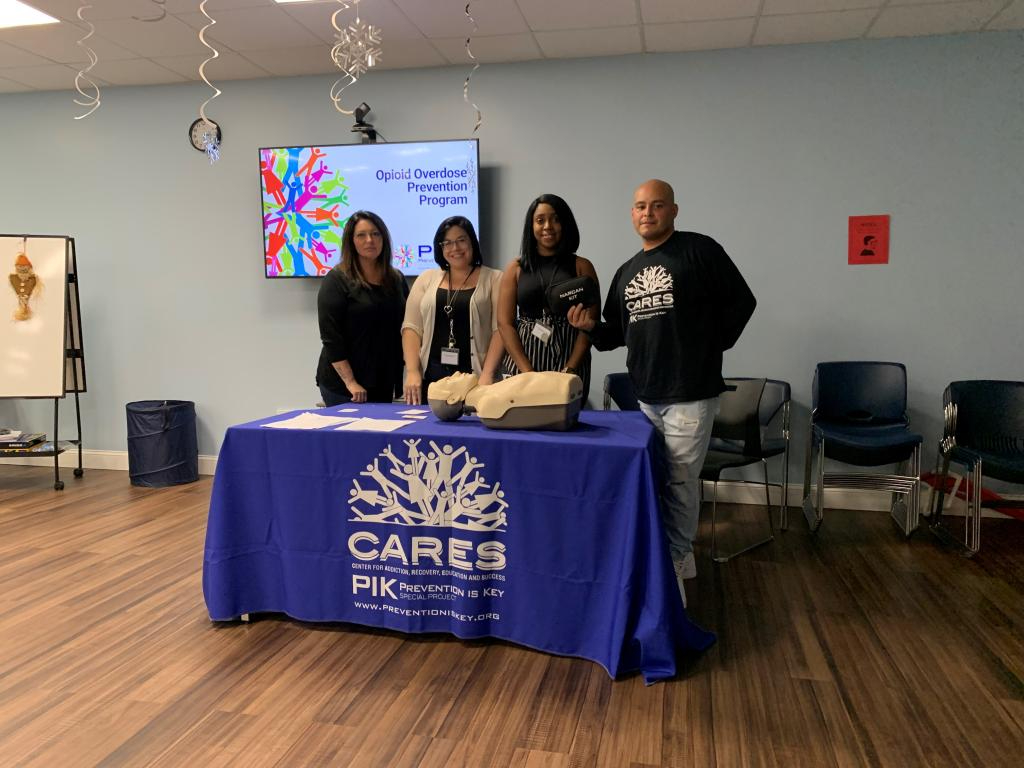 Center for Addiction and Recovery Education and Success (CARES) Patient Navigator Joseph Rivera led the training. He covered a variety of topics, such as how to recognize the signs and symptoms of an overdose, how to perform rescue breathing, and how to administer the life-saving drug Naloxone.

More than 70% of fatal drug overdoses involve opioids. There are numerous drugs, both legal and illegal, in the opioid class. Some commonly known ones are OxyContin, Hydrocodone, Morphine, Heroin, and Fentanyl.

Naloxone, also known as Narcan, is an opioid antagonist. When administered, either as a nasal spray or as a shot, it rapidly reverses the effects of opioids in the body and can stop an overdose.

Naloxone is approved by the Food and Drug Administration (FDA). It has no potential for abuse, has few side effects, and won’t affect someone who hasn’t taken opioids.

Nearly 27,000 lives have been saved with Naloxone, according to the Centers for Disease Control and Prevention. While this life-saving drug is often carried by paramedics and other first responders, organizations like CARES have made distributing it to the general public a priority.

Rivera concluded his training by encouraging SERV team members to share what they learned with family and friends. He said more kits are available and can be ordered through his organization’s website, www.caresnj.org.

SERV looks forward to working with CARES again in the near future to provide support to the recovery community and reduce stigmas associated with substance use disorder through advocacy and education.